Hello everyone! We are back here with the month updates!

Today we are going to talk about art, writing, game systems and lots more. It’s quite long, so let’s go!

I don’t remember if we talked about it in the past logs, but we have been redrawing the sprites. That’s because the quality of the preview ones were awfully low and it really didn't look good on the zoomed scenes.

Here is a example of what I’m talking about: 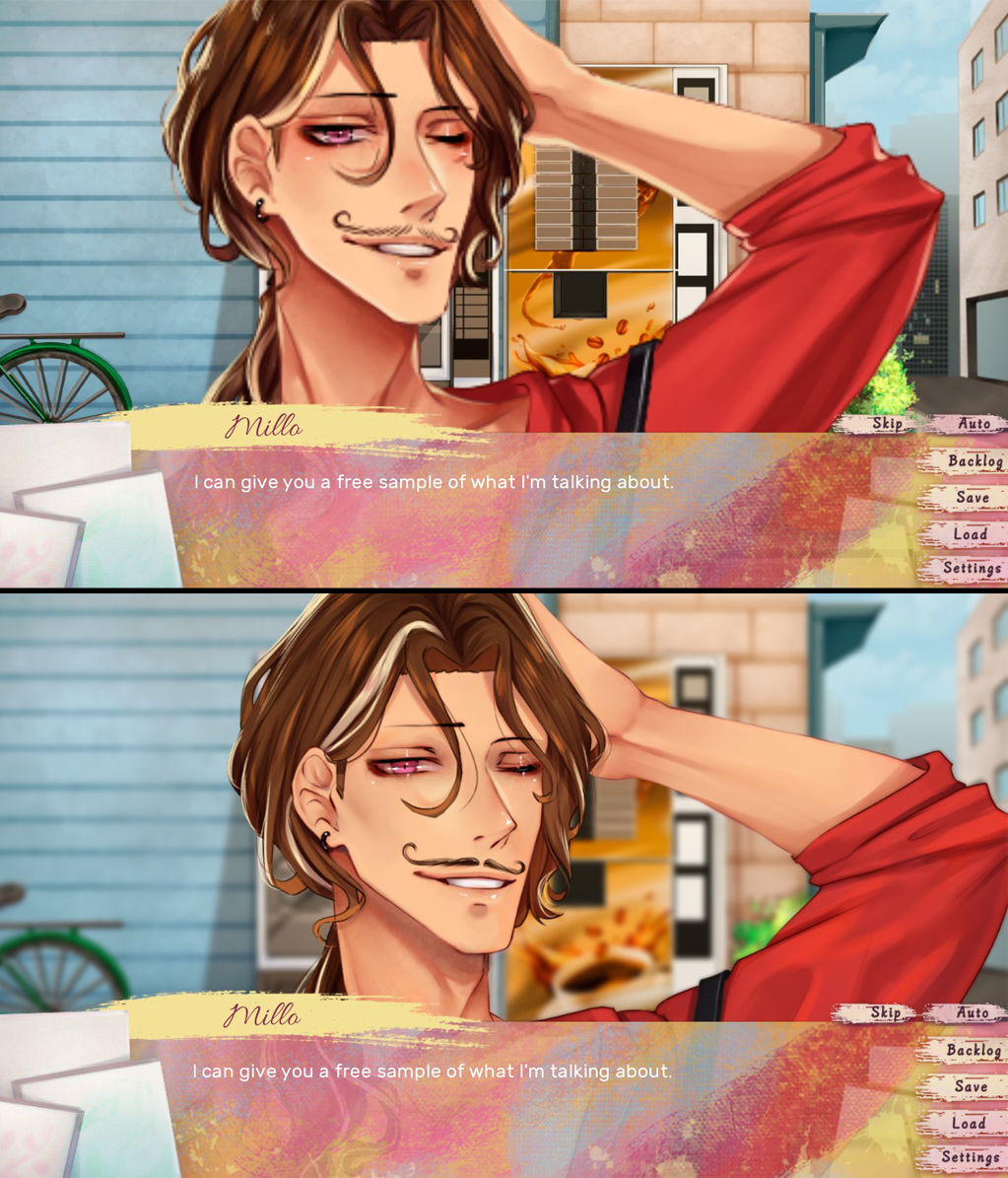 In the first image Millo is blurred and the pixels are a little off. While in the second one it looks very clean.

Our artist, Alex, didn’t like how it was looking and decided it was time to redraw 79 SPRITES! Yes, she did it and we better appreciate her hard work 🙏

Here is a before and after of Dani as well: 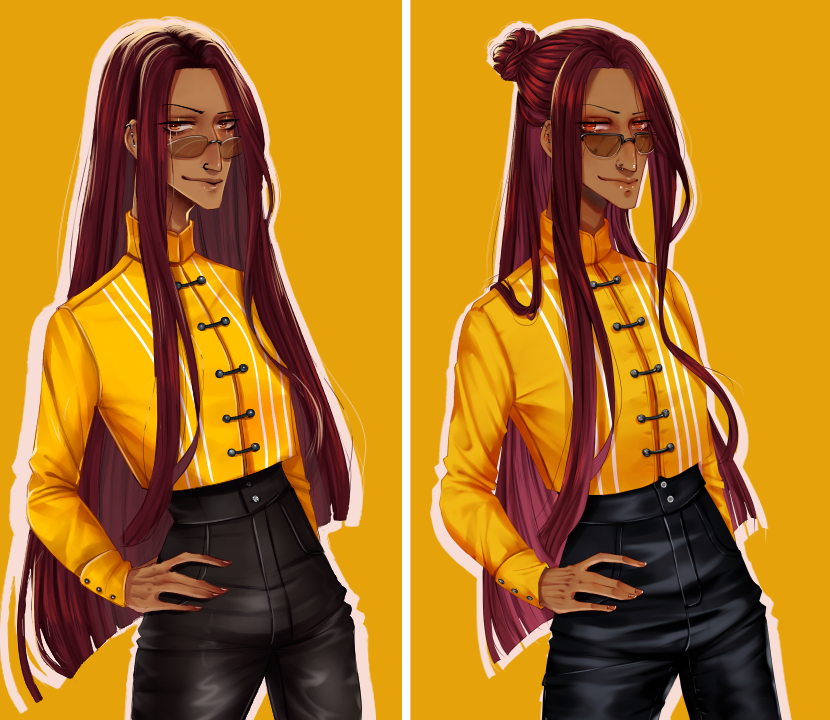 It was a whole lot of work but totally worth it😤👌

With this part done, we also finished all the character's sprites. Each one has, at least, 15 sprites (MC included).

Now about the backgrounds.

The main bgs you are going to see through the whole game are done. It’s a total of 13 + Day/Afternoon/Night colors. 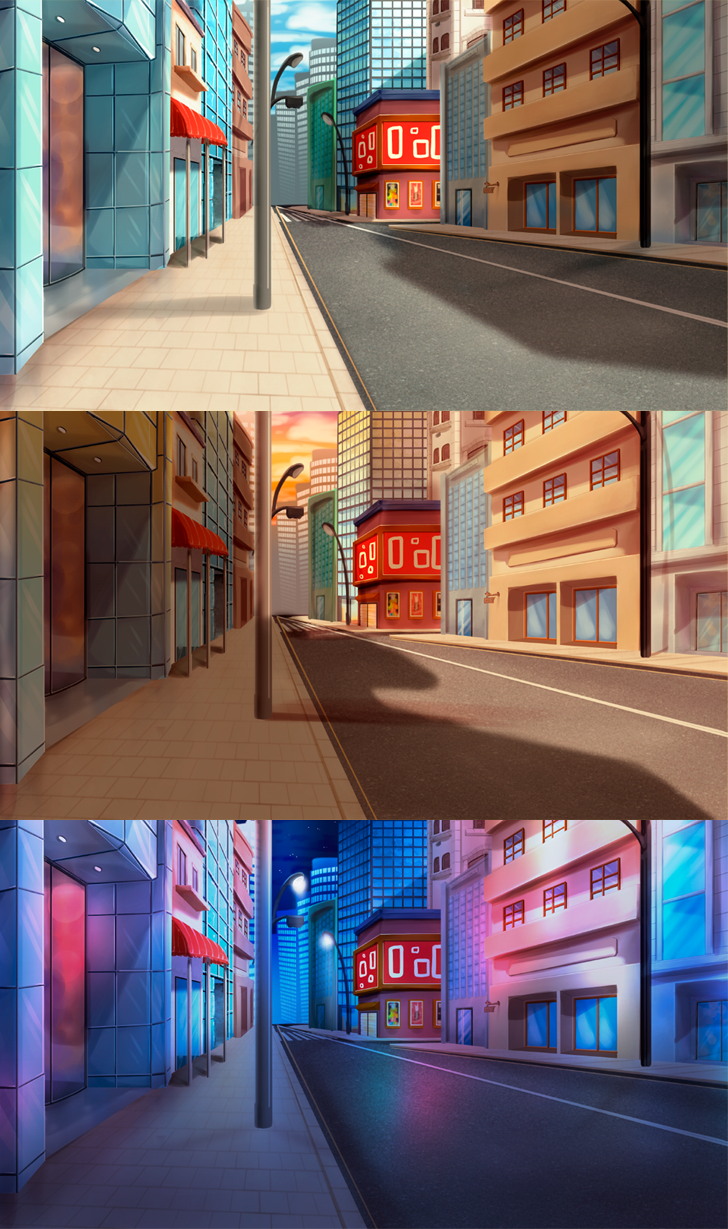 So, in the last log we talked about the first chapters being in the game, right? One month later and we have these chapters edited, beta read and tested in game. It’s all working fine and beautifully🙏

The translation of those chapters is almost complete. There’s only Millo and Landon chapters missing.

We hopefully will be able to finish it between today and tomorrow.

This is something that gave us a hell of a time lol. But, yes, we finally decided what to do with it.

The game won't have an original soundtrack FOR NOW, because we don’t have the budget to pay for it yet. HOWEVER, we don’t exclude this possibility.

The game is going to take some time to be finished and fully released so… Who knows? Maybe things can change in the future. But, right now, we decided to go with public domain and CC-BY music.

I know it's my personal opinion but, honestly, I think it sounds great already👀👌❤️

In the past weeks, we were testing the game and trying to fix every little mistake as usual, but then, in the middle of that mess, it occurred to us that our game isn't suited for everyone.

For example, a blind person wouldn’t be able to click the imagemap buttons and a deaf person wouldn’t understand some scenes because there’s no audio description at all.

That’s when we decided to stop everything and fix this first.

We searched online about what we could do about it and how to do it. It took us a few days to fix it, but now it’s working🎉🎉

The self-voicing can read every text, image and button properly. The SFX have descriptions in the narrators’ dialogues as much as the atmosphere sounds do. There's also RenPy's accessibility menu where you can change the font and its size. Which is very helpful for people with poor vision and dyslexia.

We already started adding alt text on our image posts on twitter and we are looking forward to the feedback so we can improve it.

Alright! With the main updates done, let me talk about the small ones!

That's all for the updates.

There’s really no words to explain how happy we are to see people interested in this story. We started so small in this — mostly as a joke —, but, here we are now, working every day and trying our best to make this game happen and be enjoyable for everyone😭😭❤️ 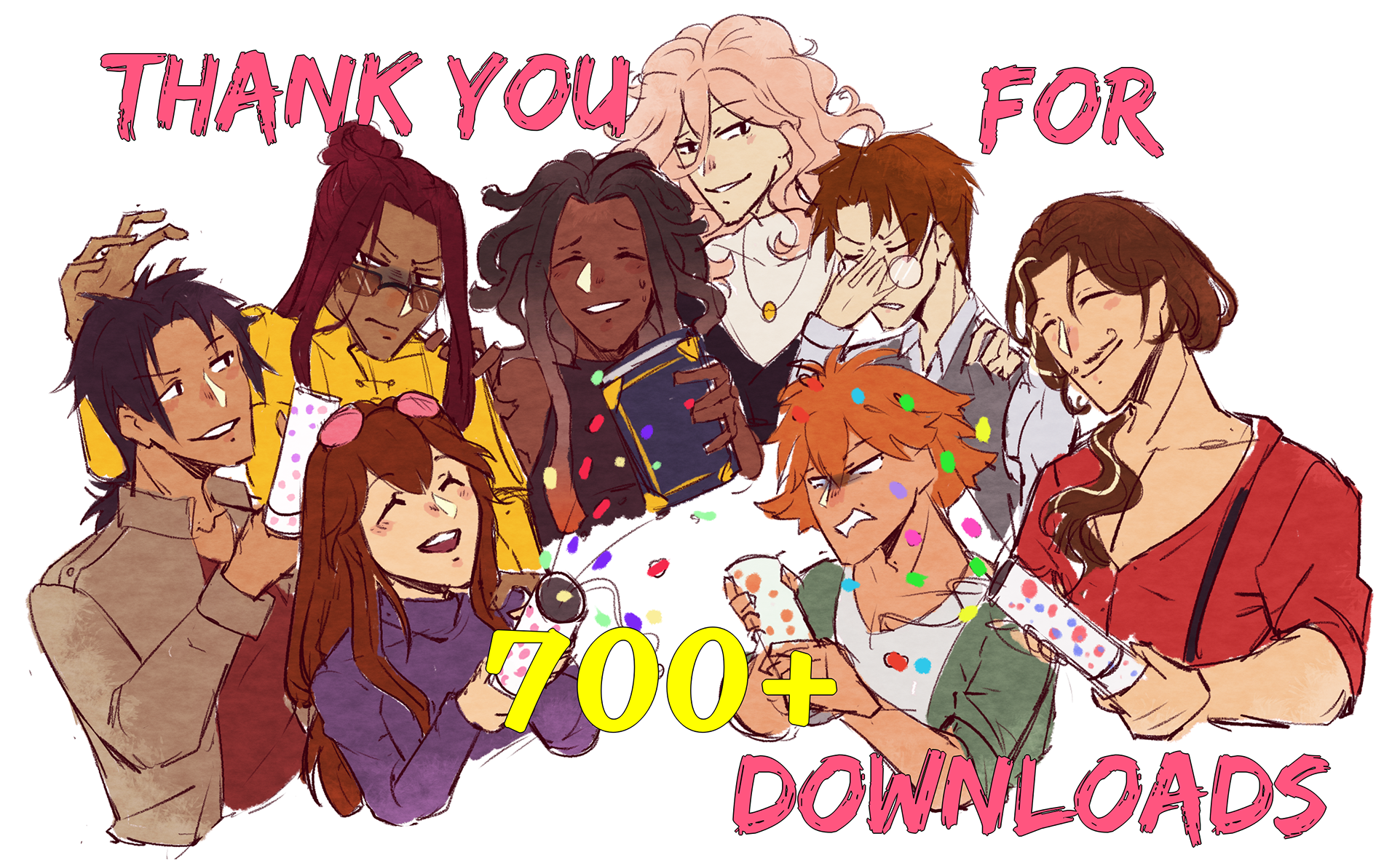 We hope you stay around some more and look forward to the next updates!

Once again, thank you so much for waiting and for supporting the project! 💕 We'll see you next time ✌️

I loved the demo ! Is it possible to know nearly when the firsts chapters could be released ? Just asking, I'm impatient :3 (I can't go to Twitter that's why I'm asking here)

Thank you so much for taking interest in our game! It means a lot to us 😊❤️❤️

Answering your question, yes we have a planned date to release the first chapters! It’ll be around September 10. We still have few things left to change so it'll be better to wait until next month.

Oh, no problem to ask things here. We only suggest it because we are often online there :D So if you have any more questions, just go ahead. I'll be happy to answer you😊

Thank you for your reply ! I'm super excited and of course, take your time to produce the best game you want to show us :)

Thank you so much for your patience. We are working hard to make it worth the wait😤❤️

omg thank you!!🥺❤️❤️ I hope you have fun on twitter as well! We often share game screenshots, art and characters information to make the wait less painful 😄

Thank you! Appreciate all the effort and thought put into this game :)

Thank you so much❤️ We are giving our best to make all the wait worth it!