December's talk: Let's wrap it up!

Hello everyone and happy holidays!! 🎉🎉

As we mentioned in last month's update, we are going to take a break in December so we decided to share with you a summary of this year's achievements.

Get ready, because this going to be long~

Let's start from the beginning.

We released the first Colorful MIRAI demo on January 4th. It was a huge step for us to, after all, we were creating our very first game!!! 🎉

We didn't know anything about programming or codes or whatever! We only had an idea in mind, and we wanted to make it work… Somehow.

Even though HoneyBunny's team had around a decade working with art and writing, the whole thing about creating a visual novel was something new and different.

It was both an incredible and stressful experience lol 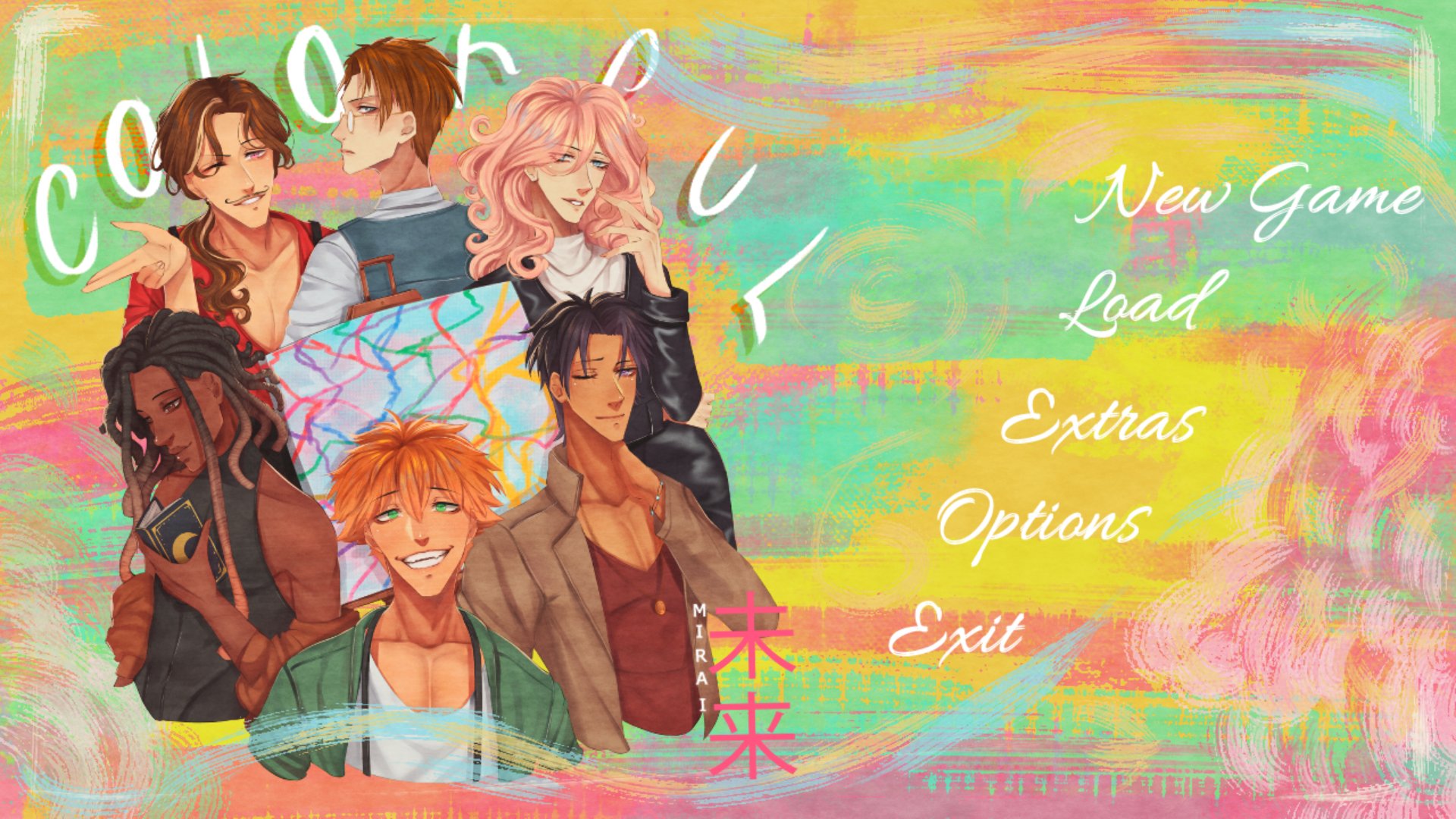 After releasing the demo, we took the next step: work on the story.

Well, that was the plan… However, after rereading the script and going back and forth with the demo, we realized that there was a lot of stuff we needed to polish.

So, we went back to the demo once again.

On May 1st, we released the final demo with new UI, new sprites, new backgrounds, more dialogues, and everything that made the game look better and almost new. 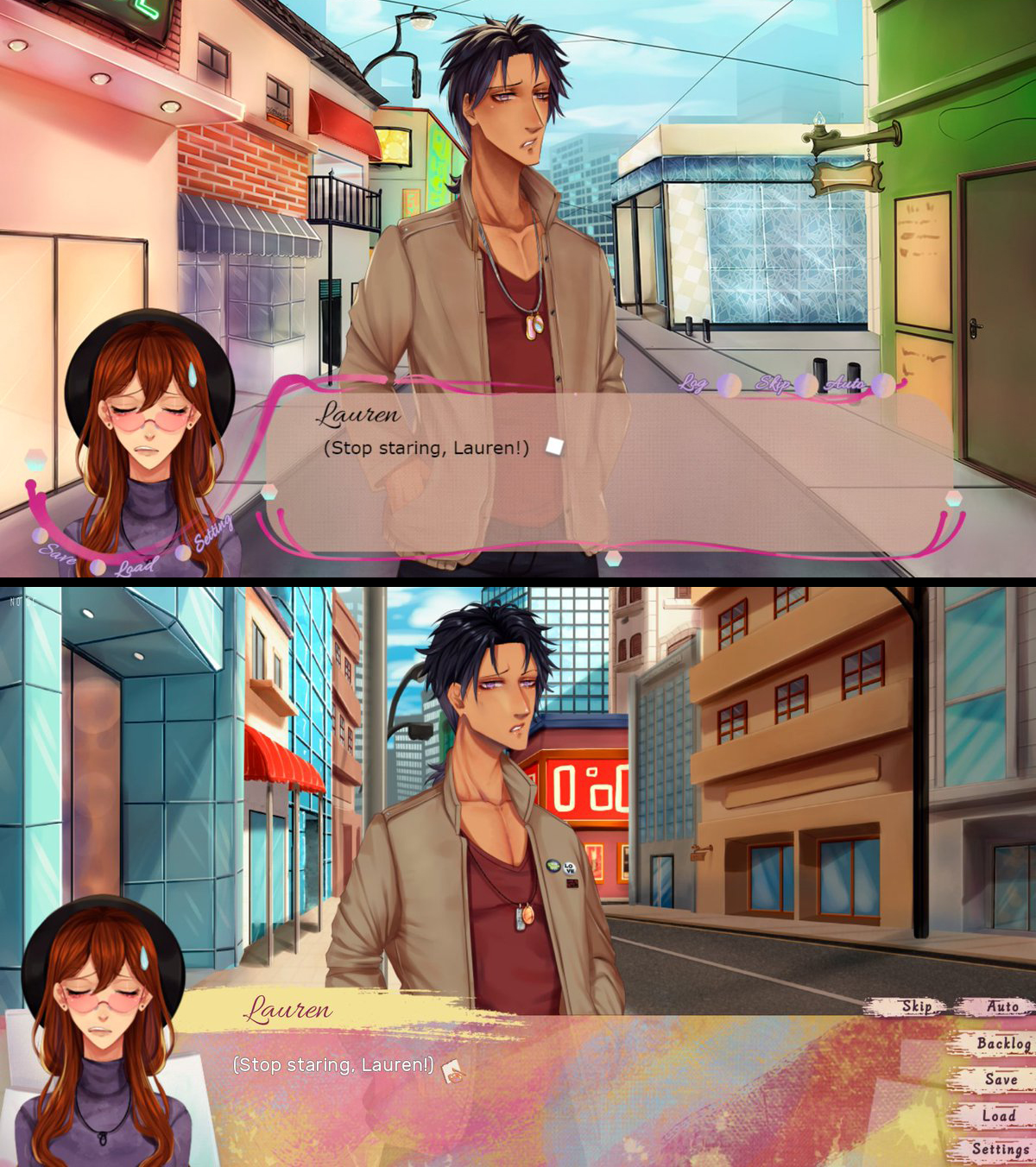 The moment that was supposed to be filled with joy and excitement, ended up turning into the most painful time we ever experienced.

Later on this same month, we were forced to go on hiatus due to the loss of a very important person in our lives.

We went through a lot of pain and grief, and I can say that, even to this day, we are still trying to recover from it.

After a long break, we decided to go back to the game in an attempt to find in Colorful MIRAI a new reason to keep moving forward.

Later in July, we went back to the script again. It was also time to learn about marketing.

Selling the game is away harder than actually creating a game lol but, at the same time, watching our Twitter and Itch.io page slowly growing was one of the most incredible things that have happened to us.

Seeing all the support and love, right after dealing with so much pain, has brought us together and gave HoneyBunny a new meaning as Visual Novel devs.

On August 27th, it was time to share the first look at the choice system and, of course, a bit of Colorful MIRAI's plot. On this date, we released the Free Trial. A new update with every character's first chapter. 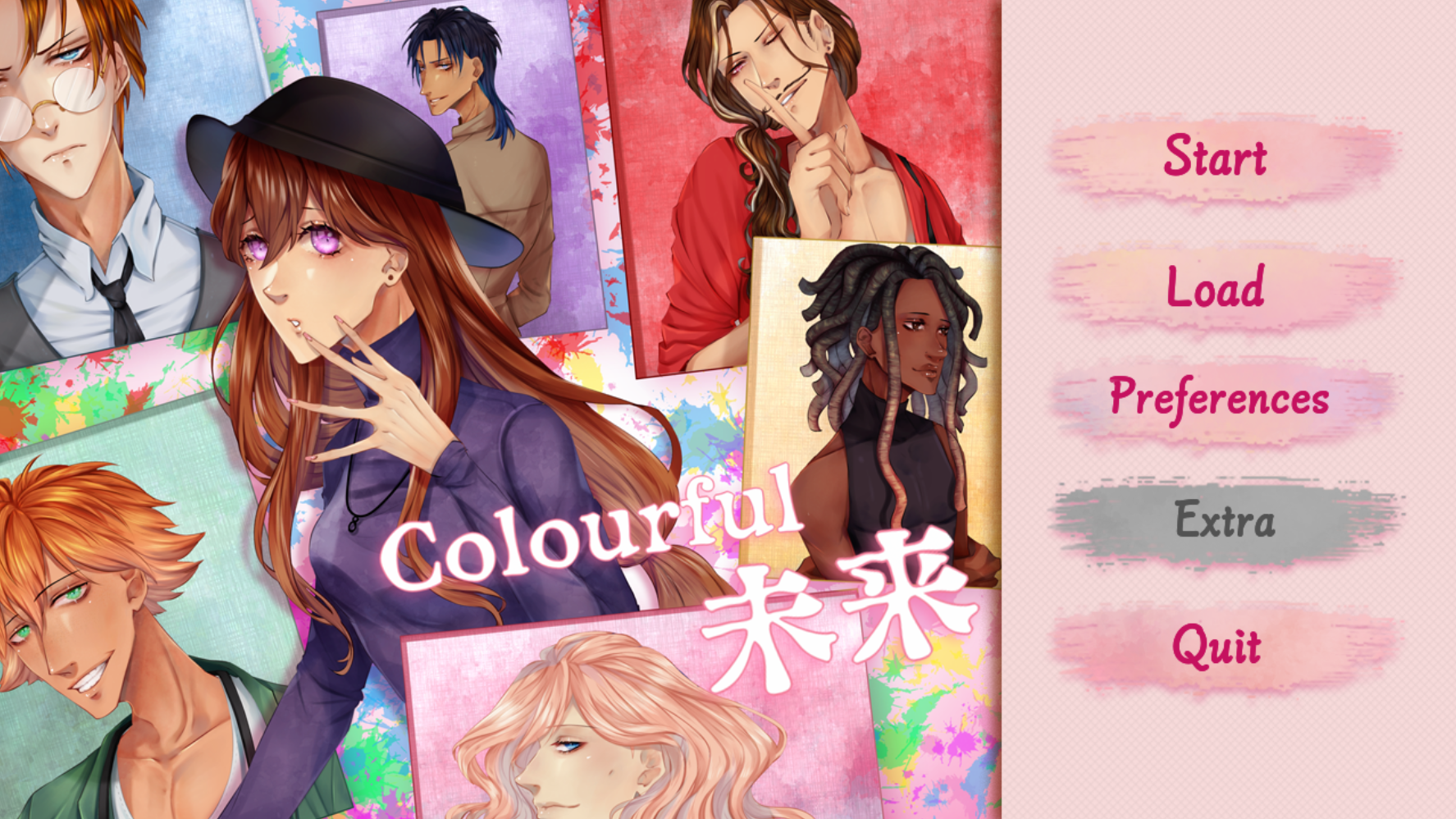 After receiving such a positive response (and sharing a huge passion for Halloween), we decided to make a DLC for Colorful MIRAI to release during the Spooktober VN Jam.

The Jam took a big role in our lives and taught us a lot. It was a unique experience that we take in our hearts with gratitude and love.

Of course, there were a lot of ups and downs during the DLC development, but it was all worth it when we finally released it on September 24th and got such an amazing response. 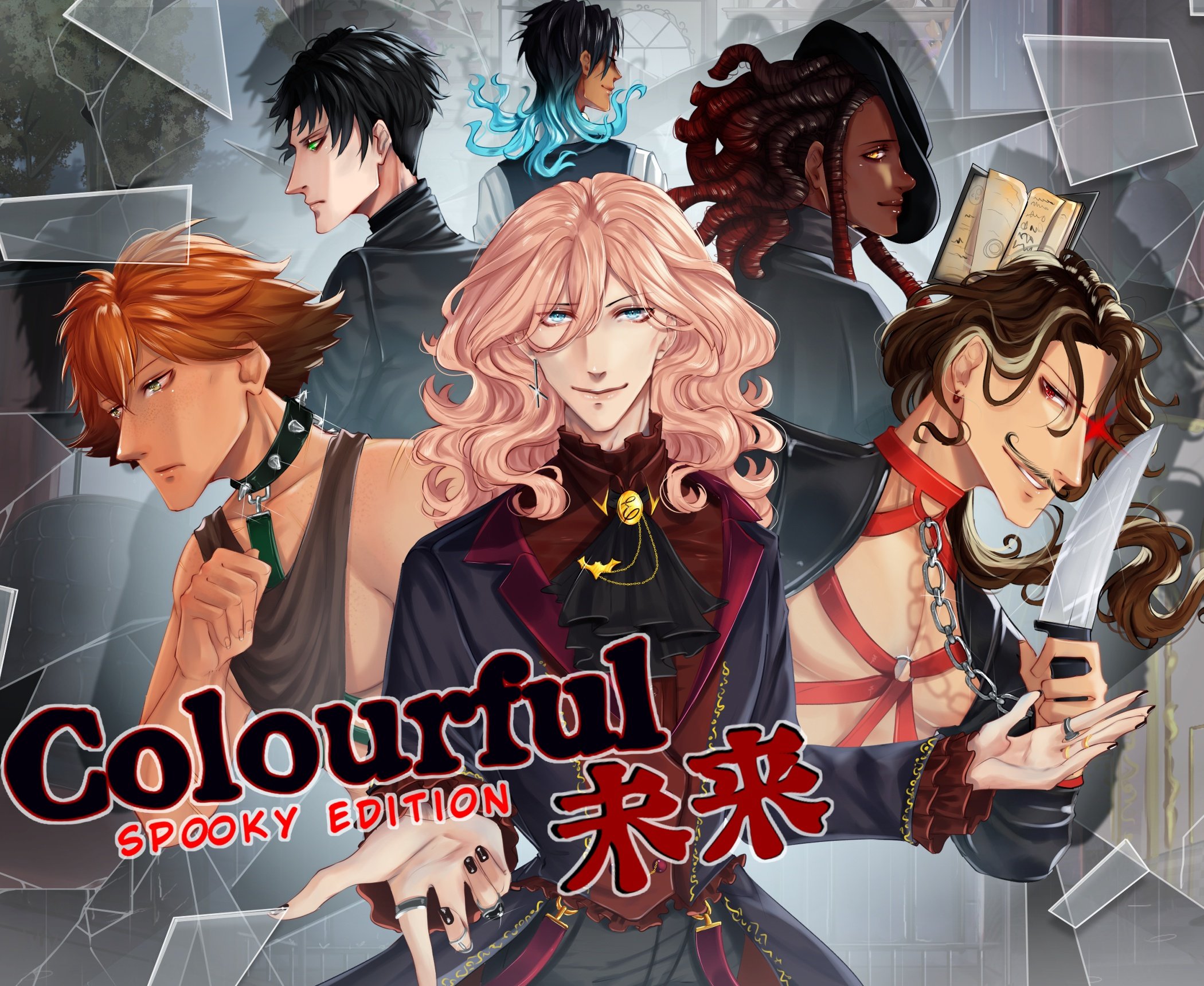 We got LPs and live streams playing Spooky Edition that made us cry with joy. We had so much fun!! Give a look at their awesome channels!

We were lucky to meet amazing people and receive such kind reviews for the DLC:

We also got support from Ikémen fangirl and Otomices for shouting out about the game and helping us spread the word.

And, of course, we got you.

We'll be forever grateful for having you all around to play our games, share your words on Twitter and Itch.io, and for having so much fun with both Colorful MIRAI and Spooky Edition.

After learning so much with the DLC, we decided to change the looks on Colorful MIRAI.

On October 23rd, we had an update to change the UI for the better.

Now it’s December, and to close our first dev’s year, we released a Christmas game: Renting Love for Christmas! It’s out now and for free!!! 🎉🎉 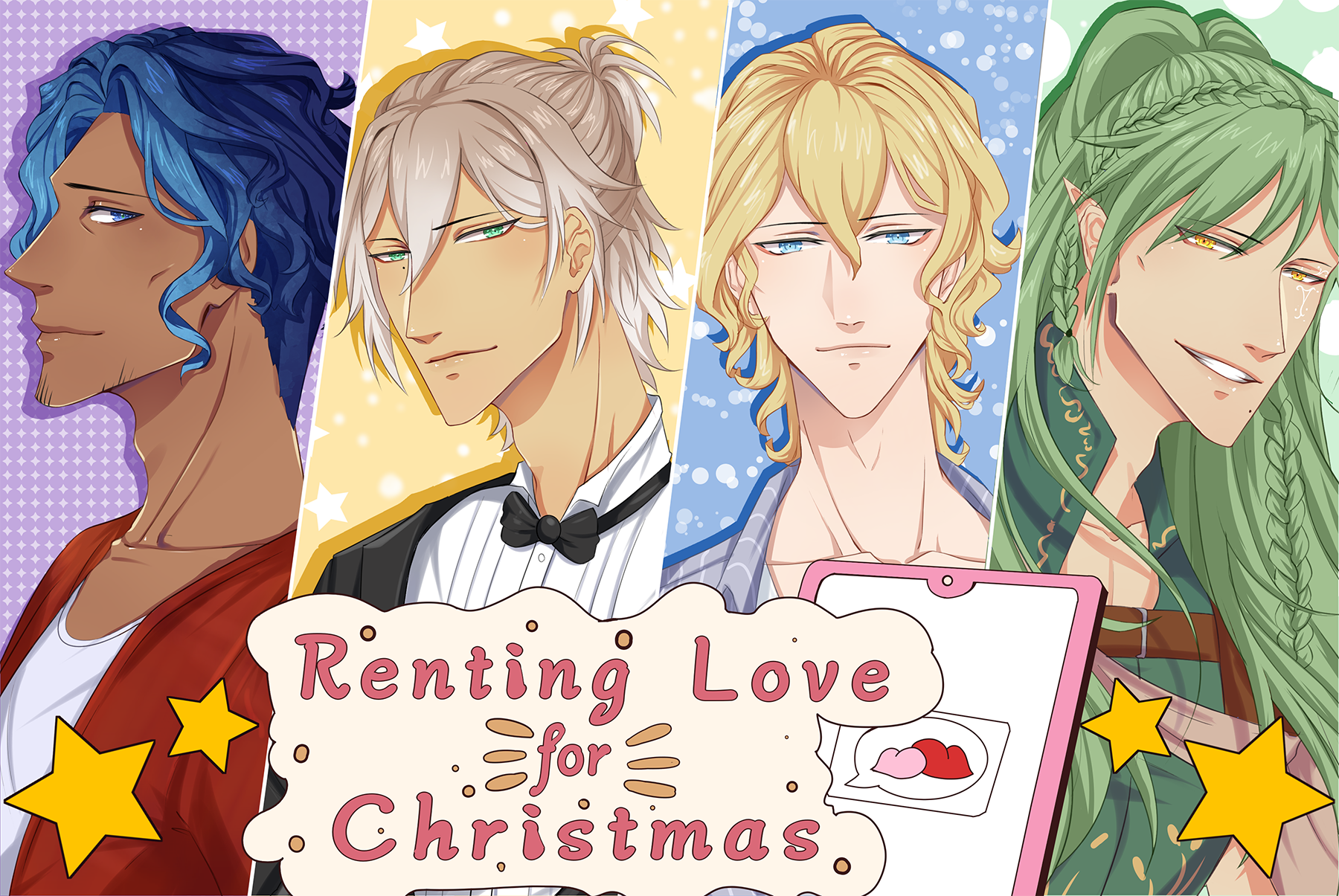 This year has been the most intense we have ever lived and, to have received so much love and kindness, I can say that we made this year a success thanks to all of you 🥰🙏

I can't wait to see what awaits us next year! But one thing is certain... We're going to work really hard to bring more content into Colorful MIRAI and try to get it closer to the release date (which isn't set yet, but hopefully we'll soon be able to bring this game to everyone!)

OHH my gosh I'm crying, you really deserve your break!! My condolence for your loss.😭 Go somewhere or just sleep all day, anything that will make you guys happy!! You deserve it.😁🥰😊

I can't believe you mentioned me THANK YOU!!!! I literally started blushing,🤭😊 I was not expecting that.

MAY YOU GUYS BE HEALTHY MENTALLY AND PHYSICALLY FOR THE REST OF YOUR LIVES.🥰🥰

Have a good vacation!! Even if it's just for a day🤭 I'm a bit of a workaholic as well.🤣

Thank you so much Para 😭🤗❤️ ❤️ And, oh yes! We are resting a lot right now 👀🙏 Sleeping and playing games all the time 😆👌

fhjafhkj of course we would mention you!! We also did a "special thanks" post in November talking about your videos for Spooky Edition here.  We are really grateful for everything you did 🙏❤️❤️

Oh my gosh, that's so funny.😂 I read that post when it came out but I skipped straight to the fanart. Now that I saw it again I can't believe I missed that. 🤣 Thank you I'm glad you enjoy my editing.😊

Enjoy your rest time Honey, I wish you all a great Happy New Year😁🥰